A couple of years ago I made a quilt based on the little triangle codes found on plants at my local nursery.  It sank without a trace when I entered it in a show.

But the idea stayed with me, and earlier this year, when I wanted to make a quilt with social significance, I decided on a QR code.

Since my “day job” involves a lot of treating conditions that condoms might have prevented, I wanted to make a quilt to promote condom use. It’s what we like to call “safer sex”. Now don’t get all huffy on me; sex is a fact of life.

When I went looking for a condom-related QR code, I found this one developed by Planned Parenthood of the Great Northwest and the Hawaiian Islands. 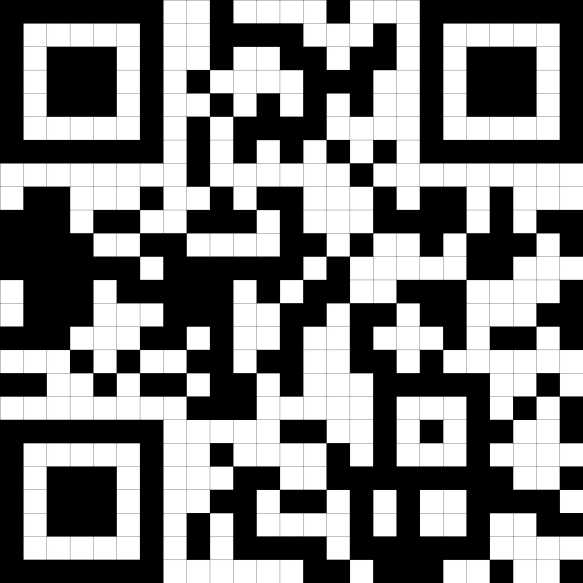 Back in 2012 they put this QR code on all their condoms in a campaign called “Where Did You Wear It?”. Those who scan the code are taken to a website where they can put a pin in a map to show their geographic location–where they wore the condom!

The site also gives some important facts about condom use. The point of their campaign, and my point in making this quilt for show, is to normalize, encourage, and promote the use of condoms when needed.

It turns out QR codes are robust little devils, so I was able to re-color it and develop a lively quilt design with the use of my trusty Electric Quilt program: 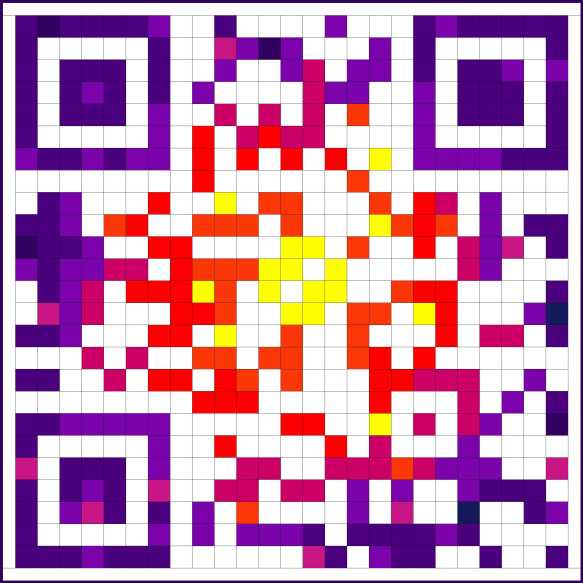 Quilt Design from the “Where Did You Wear It?” QR code

Making this was quite a challenge!  At each step I kept scanning it to be sure it took me to the “Where Did You Wear It?” site.  (You can download any of several QR code scanners to your smart phone or iPad. I used QMark.) 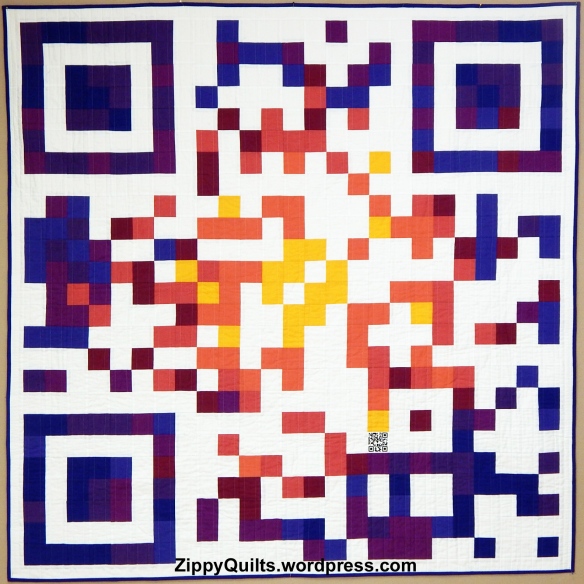 The QR Code quilt, ready for its first show. It will the in the Asheville Quilt Show soon!

When I discussed the project with my wonderful son-in-law, he helped me turn my blog address into a QR code, too!  That’s this blog address you see in the TINY QR code making up one block toward the bottom right of the quilt. Scanning it brings you to this post.

Please help me to encourage condom use when appropriate by sharing this post.