I almost never follow directions when using a pattern, and this Gypsy Wife quilt has been no exception. Many of the pictures of the finished quilt are beautiful, and I really like the idea of a variety of blocks put together in an unusual way, so I decided to make this quilt. However…

The directions are just as inadequate as I have read they are. Some of the bigger problems have been solved by various bloggers, and Gnome Angel links to them in her introduction to the Gypsy Wife sew-along 2017.

You’ll see in my picture of sections 1 through 4, shown here on the design wall, that I’ve made a few changes. OK, more than a few changes.

I started out making the blocks in their order in the booklet.  However, when I put them up on the design wall, it was apparent that I needed to switch to making a section at a time (in the order in which the sections will be assembled).  I did use the coloring sheet (see the Gnome Angel site for the link) to plan my quilt, but the blocks are not labelled by name in any of the layouts, so it was very difficult to determine where the block I was making would fit into the quilt!

I had made an effort to distribute the colors evenly among the blocks I’d made, but the problem was with this little guy…

I have only scraps of this fabric and I want the little guys distributed evenly around the quilt.  However, I had put them in blocks where they FIT without realizing they would be so close together in the final layout.  Therefore… 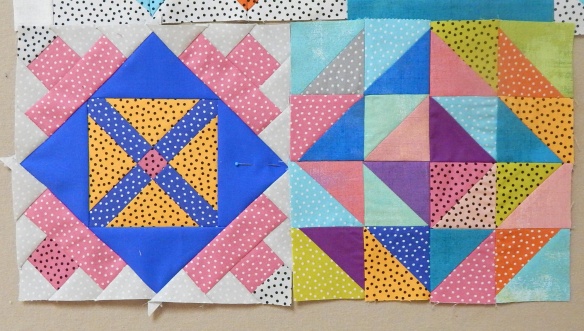 In section 4, shown above, I substituted the Nurse’s Cross block where the plan called for a courthouse steps block of the same size.  And, as you can see, I turned the  pieces in the half square triangle block to give it a different layout.

I’m enjoying the beautiful fabrics and variety of blocks in this quilt, and consider it well worth making.  I just need a few tweaks as I go along to make it work for me. 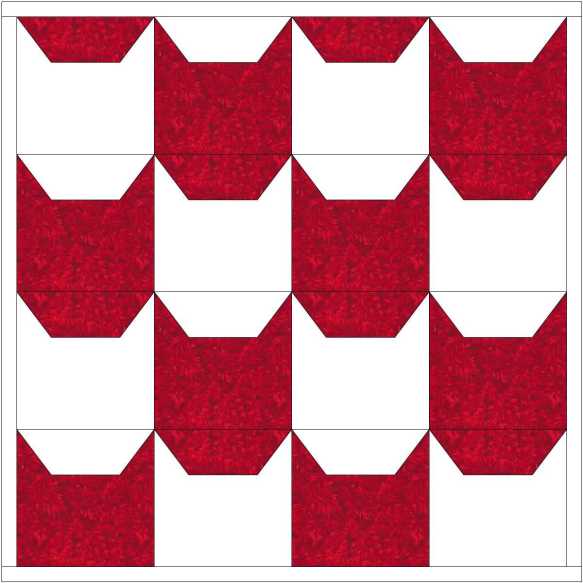 Designing Tessellations: The Secrets of Interlocking Patterns, by Jinny Byer

Introduction to Tessellations, by Dale Seymour and Jill Britton

And if you decide to develop a program on tessellations for your guild, feel free to e-mail me.  You can have my “class outline” and list of exercises if you want.

The challenge for next month is to make a 12-1/2 inch (so it will finish 12 inches) wonky house block. I made up a couple of blocks to illustrate the idea and drew a couple of additional ones for people to take home for inspiration. 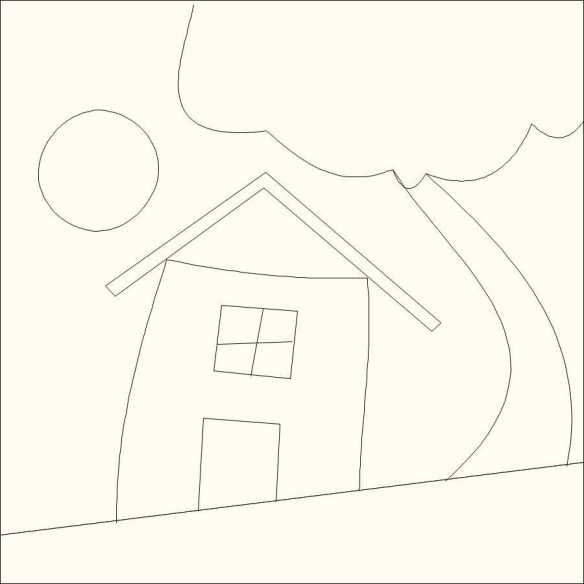 Another wonky house drawing for inspiration

I cut the pieces for this house freehand, with scissors, to make it really wonky 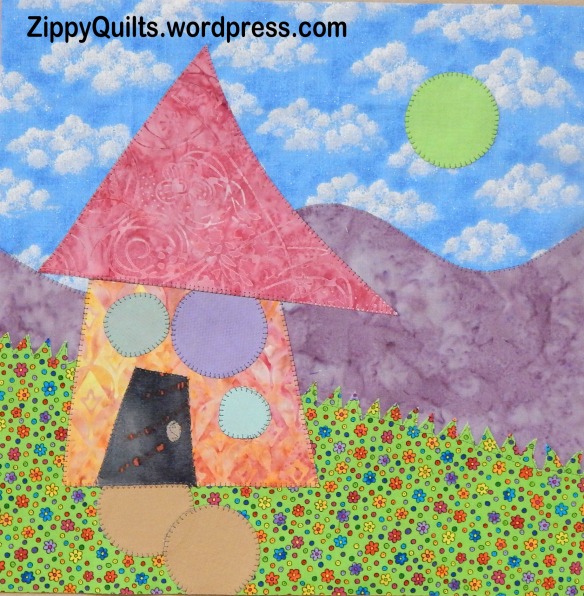 This one was made with fused fabric, using techniques I learned several years ago from Laura Wasilowski

We’ll vote on whether to have a “dirty Santa” swap or a drawing where one person gets all the blocks to make a quilt.  Seems like most of our members are really into the swap thing, so I’m betting that’s what happens!

Here’s the sample for my next class at Studio Stitch in Greensboro. I taught Trees All Around last year and there was a request to repeat it this year. I thought it made more sense to teach something the-same-but-different, so I chose this cute pattern from the same designer, Quilted Garden.

Snowmen All Around, my class sample from a pattern by Quilted Garden

And here’s a picture of Trees All Around (my class sample), also by Quilted Garden. 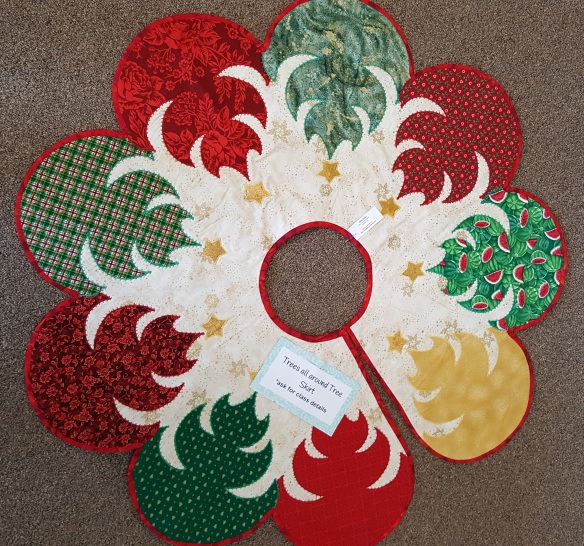 “Trees All Around”, class sample made from the pattern by Quilted Garden Designs

Here’s a closeup of one of the snowmen.  I had just a little bit left of the “jeweled” trim I put on a friend’s wedding veil earlier this year, so this little snowman has a fancy hat!

Detail of my class sample for Snowmen All Around

The class will be Saturday, October 28, at Studio Stitch in Greensboro (NC, USA).  If you’re in the area, come join us!

The hurricane disaster in Texas may displace people from more than 100,000 homes for at least several weeks. They need housing, food, water, and some way to replace all the goods lost to water damage, or simply washed or blown away. Should you send replacement items? Should you send quilts?

It’s tempting, isn’t it? A quilt is a tangible item to show your concern, to offer both comfort and warmth. I’ve already seen a number of requests for quilts for Texans. I’ve also seen one of those requests in a Facebook group called a fraud, and deleted after the group moderator couldn’t affirm its legitimacy.

In the past I’ve made quilts to give post-disaster. But unless a disaster is local, I won’t do it again. Why not? Very simply, if a community is facing the scale of tragedy that Houston and other Texas cities are facing, figuring out how…

This week I am reblogging a post from my friend Melanie. Sometimes, in some ways, it is wonderful to donate quilts. I do a fair amount of that myself. But before you donate, be sure there is both a need for the quilts and a mechanism for getting them to those in need.  Please read Melanie’s post about how best to help folks in Texas.

And while I’m on my soapbox, could we PLEASE call people affected by the hurricane “flood survivors” instead of “flood victims”?