I’m very excited to be making a quilt for the Summer 2014 issue of Modern Quilts Unlimited.  (Hint:  If you go right over there and subscribe you’ll get not only the issue with my quilt, but the spring issue with a quilt by my friend Ann over at SewMessy.)

I’ll blog about that project when it’s published this summer, but for now I’ve made a confetti block from the scraps.

The Michael Miller Fabric Company (one of my favs) kindly supplied the fabric for this quilt from their Cotton Couture solids, plus a wonderful print called “Tara’s Fireworks“.

The quilt top is made, and I’m quilting it, BUT LOOK AT THIS:

All those beautiful colors in little bitty pieces just FORCED me to make an improvisational block representing confetti! 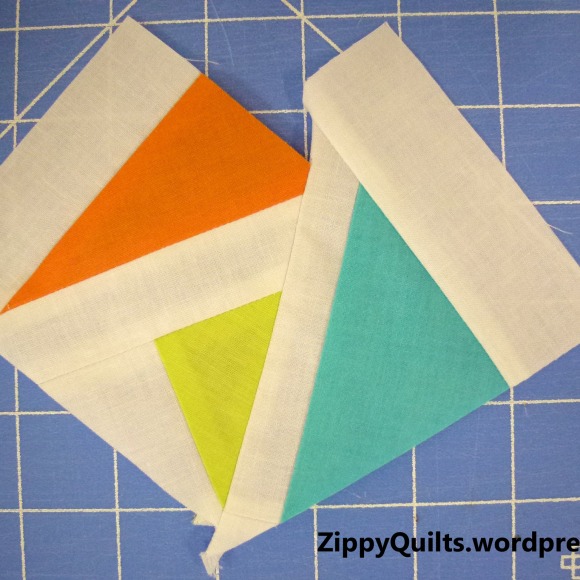 I just grabbed those scraps and started joining them any old way, putting in lots of white so the pieces of confetti would stand out.  When the edges came out wonky, I trimmed.  Usually I then sewed the trimmed section onto the next piece!  Some of those bits were TINY:

The pin is for perspective on these tiny pieces

I can just hear someone saying, “so what is this block FOR?”  Well, it’s FOR FUN!  OK, I do have a plan for this block, but that’s a secret for now 😉  Meanwhile, that was great fun, so if you haven’t tried improvisational piecing yet, just go for it!